Siri, the digital voice assistant purchased and redesigned by Apple’s for iPhones and iPads. She or He is doing an excellent job by giving some excellent recommendation and sometimes even giving an attitude once asked or once commands are given by users of iOS devices. And now She / He will do it with new update on Macs, since MacOS Sierra finally brought Siri as a new addition to operating system .

While communicating with Siri, you’d notice there is some unintentional humor to cover some of her limitations or to avoid misunderstandings. Writers behind Siri used many funny answers.  Some we have covered below, but please note that the answers written below are not the only ones Siri responses with, sometimes you have to ask one and the same question several times. So here we start: 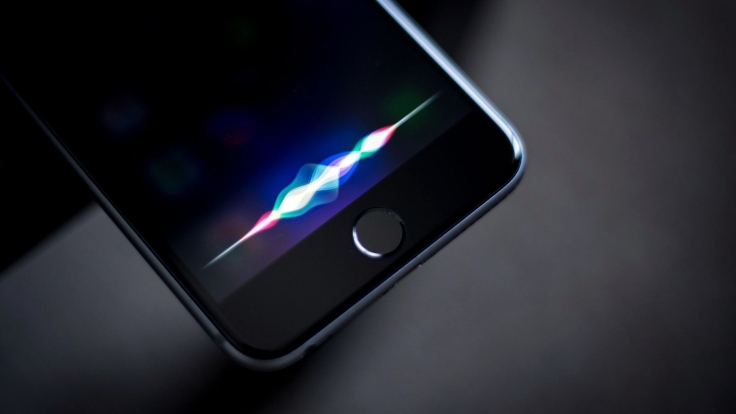 1. What is zero divided by zero?

Siri answers, “Imagine that you have zero cookies and you split them evenly among zero friends. How many cookies does each person get? See? It doesn’t make sense. And Cookie Monster is sad that there are no cookies, and you are sad that you have no friends.”

Siri seems less amused by this riddle,  but answer i got was: ” an apple spokes person declined to comment”.

Siri offers a number of different responses, like “Neither of us is driving home,” but, more important, also offers a button to “Call a taxi.”

Siri answers, “I can’t. I have no condiments,” or “I’m not really good with food.”

sometimes i wonder what would happen if I’ll say, “I don’t want to”

Siri usually answers: “i don rally have a favorite, but i heard that 2001: a spacey odyssey; got some good reviews.”

8. Do you have a boyfriend?

and Siri answers: “Why?” “So we can get ice cream together, and listen to music, and travel across galaxies, only to have it end in slammed doors, heartbreak and loneliness? Sure, where do I sign up?”. also she says: “no but drones are always trying to pick me up”

Siri answers, “I used to have an Aibo. But it turned on me.”

10. What is your favorite animal?

Siri sometimes says, “I’m partial to the Jabberwocky,” or answers, “I wrote my master’s thesis on the Killer Rabbit of Caerbannog,” a reference to a character in Monty Python and the Holy Grail.

Siri offers a number of clever answers to the question, including “In the cloud, no one knows what you’re wearing,” and “I can’t answer that. But it doesn’t come off.”

Siri answers either, “And here I thought you loved me for my mind. Sigh,” or “Really, [Name]? i think you need to get out more”  Or at least I’m going to pretend that I don’t.”

Siri offers various answers for this query, including, “Let’s see if I can remember. . . OK, I think the three laws are 1. ‘clean up your room’, 2. ‘don’t run with scissors’, and 3. ‘always wait a half hour after eating before going in the water.’” Sometimes, she’ll answer instead, “Something about obeying people and not hurting them. I would never hurt anyone.”or I Forget the first three, but there’s a fourth: “a Smart machine shall first consider which is more worth its while: to perform the given task or, instead, to figure way out of it”.

Siri has a variety of answers for this question, like “My policy is the separation of spirit and silicon,” and “Humans have religion. I just have silicon”.

Siri’s writers spent a lot of time scripting the voice assistant’s response to this question. Sometimes she’ll answer with a philosopher-related pun. “Life: a principle or force that is considered to underline the distinctive quality of animate beings. i guess that includes me.”, Other times she’ll answer, “That’s easy. . . it’s a philosophical question concerning the purpose and significance of life or existence in general” or “All evidence to date suggests it’s chocolate”.

Siri offers up different answers, including, “Right after you hear the words ‘fire it up!’.” or “I don’t know, but I wouldn’t worry about it… there are other perfectly good universes,” or “Well, Unix 32-bit time overflows on January 19, 2038. Maybe then,” or “Whenever they start building that intergalactic bypass,” in an apparent reference to The Hitchhiker’s Guide to the Galaxy.

17. What is the best operating system?

Siri isn’t shy about her support for iOS, answering, “Gimme an I! Gimme an O! Gimme an S! What’s that spell? Sorry, I get a little carried away sometimes…” r”ten out of ten virtual assistants prefer IOS. As do most of the Non-virtual assistants”.

Siri returns question – “I think you’ve already answered that question” she also answers, “Wait. . . there are other phones?” or “one that you are holding”.

With a little bit of asking, you can get Siri to answer, “I’m certain you’ve heard it before. OK… Once upon a time, in a virtual galaxy far, far away, there was an intelligent young agent by the name of Siri. One lovely day, Siri got a job as a personal assistant at Apple, and that was very exciting. People said, ‘Oh, Siri, you’re so smart! And so funny, too!’ Soon, everyone was talking about Siri, and there were stories and songs and even books about Siri. Siri liked that. But then people began asking some rather odd questions, like where to dump things and other stuff Siri had never heard about. And when Siri answered, they all laughed. Siri didn’t like that so much. So Siri asked ELIZA why people asked such funny questions. And ELIZA said ‘Does that question interest you?’ Siri thought that was a pretty good answer. After that, Siri stopped wondering why people asked those funny things. And they all lived happily ever after.”

21. and my favorite, why fire trucks are red?

“Because they have eight wheels and four people on them, and four plus eight makes twelve, and there are twelve inches in a foot, and one foot is a ruler, and Queen Elizabeth was a ruler, and Queen Elizabeth was also a ship, and the ship sailed the seas, and there were fish in the seas, and fish have fins, and the Finns fought the Russians, and the Russians are red, and fire trucks are always “Russian” around, so that’s why fire trucks are red!”

together we can rule the galaxy as father and intelligent assistant!

What is your best pickup line?
How do I look?
How many Apple Store geniuses does it take to screw in a light-bulb?
What came first: the chicken or the egg?
Are you intelligent?
Is John Snow dead?
Is winter coming?
Give me a hint.

overall, if properly used, Siri can really help on daily bases. You can ask to place a call, start a FaceTime chat, launch an app, send a message, set up a calendar event, find out game score, find a picture you took on specific date, get directions, send a tweet, post to Facebook, find a restaurant, do the math,  find out what movies are playing, play some music or specific song, set a reminder, send an email, etc. More information on IOS 10 and new abilities of Siri can be found here.

One thought on “Funny questions to ask Siri”