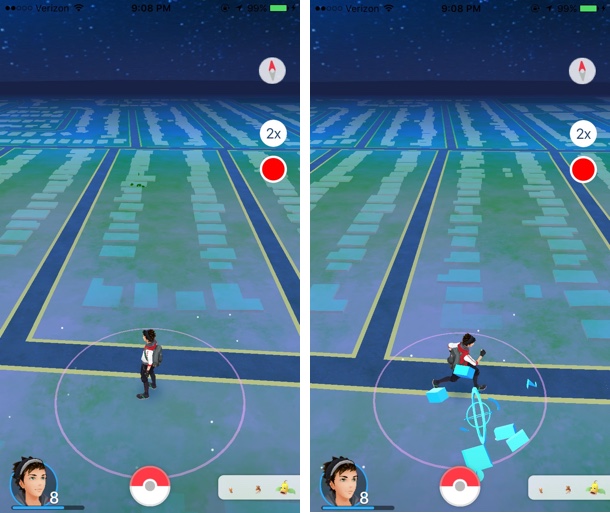 well, pretty much entire planet is talking and discussing Pokemon game with its pluses and minuses. the game is quite addicting but you cant always go out and hunt for the Pokes all day long, there for our good friends from jailbreak world came up with some very nice tweaks that allow you to bypass some of the game restrictions.  Here are the best cheats, tips, and tweaks guide that you may want to check out.

If you’re willing to get involved within the fascinating world of Pokémon Go, but have a jailbroken iOS device, then you’ll be disappointment. In lots of apps and specifically games, the developers are adding jailbreak detection code, which means if the device is jailbroken you will not be able to play or use the app. In our case, if you will install PokePatch tweak it will make the code bypass jailbreak check. You can have it downloaded from developer’s repo: http://ryleyangus.com/repo

If you love everything that Pokémon Go is offering, but do not want to  explore the surrounding by really physically walking, then PokemonGoAnywhere is a tweak, that’s made for you. With this tweak installed, you’ll be able to walk anywhere by simple tap on the map. Developer is promising more functions in future. The tweak can be downloaded from the developer’s repo: http://www.williamlcobb.com/repo.

If you do not care about passcode being disabled on your iOS device, and if you are absolutely okay to have the battery fully drained or tortured, then you can play Pokémon Go directly on the Lock Screen of your iOS device, with help of the Pokemon Lock tweak. If you really are addicted and you want to have the access to game all the time, then this tweak is for you. be advised, this tweak only works with the passcode disabled devices and it can be downloaded from: http://repo.ziph0n.com

Poke Go Plus aka Poke Go++ is the Cydia tweak that brings tons of features for Pokemon Go game for iOS devices which can be archived by jailbreak and Cydia.Poke++ Cydia tweak brings premium features for all the gamers. Below are the features that you’d get using Poke Go ++ iOS 9.3.3 tweak.

this tweak can be downloaded from: http://repo.insanelyi.com