1. The first online advertisement banner was created and used in the year of 1994.

3. Mosaic was the first popular web browser which was released in 1993

4. S. President Bill Clinton’s inauguration in January 1997 was the first to be webcast.

5. he first two video games copyrighted in the U.S. were Asteroids and Lunar Lander in 1980.

7. NVidia GeForce 6800 Ultra graphic card contains 222 million transistors. First microprocessor from Intel was Intel 4004. It contained only 2300 transistors and it worked at a clock rate of 740 kHz.

8. com is the first registered .com domain name. It was registered on 15 March 1985. [Source] You can check the age of any domain name using our domain age checker tool. (http://www.webconfs.com/domain-age.php)

9. Fixing errors in computer programs is called debugging. This term was coined by Grace Hoppers who was a Rear Admiral in US Navy. A moth had gotten stuck in the gears of a computer Hoppers was working on. It stopped the computer from functioning. When the insect was removed the machine worked again. Hoppers called it de ”bugging” of computer.

10. Apollo 11 landed two men on moon. The combined power of all the computers in Apollo 11 is much less than the power of today’s mobile phone!

12. The chess-playing computer created by IBM called Deep Blue defeated world champion Garry Kasparov in a game of chess in May 1997; Kasparov demanded a rematch, to which IBM replied with a resounding, “No way!”

13. In the 1980s, an IBM computer wasn’t considered 100 percent compatible unless it could run Microsoft Flight Simulator 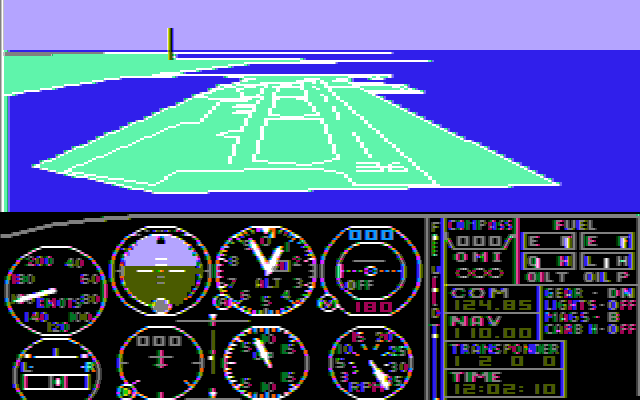 14. Joysticks were originally controls for an aircraft’s ailerons and elevators. The name “joystick” is thought to originate with early 20th century French pilot Robert Esnault-Pelterie. There are also competing claims on behalf of fellow pilots Robert Loraine, James Henry Joyce and A.E. George. The latter was a pioneer aviator who with his colleague Jobling built and flew a biplane at Newcastle, England in 1910. He is alleged to have invented the “George Stick” which became more popularly known as the joystick.